The Grapevine / Re: Blonde (Andrew Dominik)

Quote from: Drenk on May 11, 2022, 12:57:14 AMDon't get me wrong, they could craft a thrilling scene of a person cooking pasta or doing their laces, so I'm still entertained—but I can taste filler.

This week, fancy three minutes montage of somebody making coffee.

I loved this moment though cuz Howard's espresso is very meticulous - and then a few minutes later Clifford Main has to drink instant brew at the courthouse. You can connotate that juxtaposition in thematic wayz or just find it a funny contrast to the nature of 'law'z environs.

Spoiler: ShowHide
Mostly, I agree with y'all on the convenience of the Execution seeming facile. As a thematic beat, it definitely worked for me. Reminiscent of Hank's death but in a very different light of 'consequence' per the synethesis of Kim & Jimmy's vice and Lalo's penchant for revenge.

I just finished watching the episode so I don't have too much to opine other than the above, and that YOOO professor Nick Tanis got a shout-out. This front-half of the season is a perfect demonstration of suspense and character dimension. Tanis would be, and I'm sure is, proud of these two alumz.
#33

QuoteSo Rudolph walked into an office and opened up the Mac SE/30 on the desk. The name of its previous user popped up onscreen: Paul Thomas Anderson.

The filmmaker, who'd broken out with the 1997 drama Boogie Nights, had been at SNL the week before. He was getting ready to make Punch-Drunk Love with former castmember Adam Sandler when Molly Shannon, with whom he had mutual friends, invited him to come see how the show came together. Before Anderson knew it, he was directing a short. Rudolph remembers catching a glimpse of him on show night; he remembers seeing her name listed as a new castmember on a piece of paper. He knew in that moment that his "life had just changed," he later told SmartLess co-hosts Will Arnett, Jason Bateman and Sean Hayes.

As the story goes, Anderson went back home to Los Angeles, where he watched Rudolph on TV and was bowled over by how talented she was. On his way to London to work on his Sandler dramedy, he made sure to stop briefly in New York to come by the show and meet her. "Then I got to London and thought, 'Well, something doesn't feel right,' " he said, "and I just came back to New York [to take her out]." That was 22 years and four children ago. Rudolph says she knew only pieces of that story before she heard Anderson telling it on air, though she plays coy on which pieces.

QuoteRudolph's been known to pop up in Anderson's films from time to time, too, beginning with Inherent Vice, which she shot four days after giving birth. "The timing was a little intense," she acknowledges, "but I would do anything that Paul asked me to do." His latest, Licorice Pizza, included not only Rudolph but also all four of their children and many of their friends. The decision was born out of necessity, she says, since they were shooting early in the pandemic and wanted to be sure they knew and trusted everybody on set. "So, it was just our universe for that period, and it saved us because we all got to be together. Plus, my kids got to watch their dad make a film, from the ground up, and we were all part of it. Pearl, my oldest, she really loved it — all the kids did."

This Year In Film / Re: Pleasure (Ninja Thyberg)

Last post by wilder - June 15, 2022, 12:32:27 AM
In post-war Germany, liberation by the Allies does not mean freedom for everyone. Hans is imprisoned again and again under Paragraph 175, a law criminalizing homosexuality. Over the course of decades, he develops an unlikely yet tender bond with his cellmate Viktor, a convicted murderer.

News and Theory / Re: Who's Next To Croak?

QuoteHe was in the film "Midnight Run" briefly, had a memorable guest spot on "Seinfeld," and made many more TV movies. He was making one of them when one of the production assistants caught him off guard one day while delivering his coffee. The PA was barely 21 and looked younger. He said with much enthusiasm that "Secret Honor" was his favorite movie. Could they talk about it? How do you say no to that. The kid's name was Paul Thomas Anderson and he had a script and a little money cobbled together from the usual collections of rich relatives and acquaintances. The kid had dropped out of film school to work for TV stations and on film sets. He shot his first real short "Cigarettes and Coffee" starring Hall in 1993. He parlayed that into money to make a feature. One that would star Hall, naturally.

"Hard Eight" was a stunning showcase for everyone in the cast, from co-leads Hall and John C. Reilly who was about to hit the big times like Hall after a few years in the trenches playing sidekicks and silent texture, to supporting players Gwyneth Paltrow, Samuel L. Jackson, and Philip Seymour Hoffman. Hall, Hoffman, and Reilly would appear in Anderson's next two films "Boogie Nights" and "Magnolia" as their stars rose alongside Anderson's quirky Altman-inspired character studies. Hall, Reilly, and Hoffman were like anchors that kept the sprawling narratives routed to the spot, to humanity. In "Hard Eight," Hall's intention remains a mystery until the final act, and his harsh professionalism masks his angelic nature. A scene where Paltrow imagines he's about to coerce her for sex is genuinely suspenseful, because we don't know if his character Sidney is who he tries to make himself out to be. His soulful interiority and avuncular care (his near undoing) for Reilly's big dumb hustler is like the low bass notes that allow the more flamboyant performances to take solos. Hall didn't solo like some actors. He was the whole song.

In "Boogie Nights" Hall has precious little screen time, but he's spectacular as porn producer Floyd Gondolli. He's even more heartbreaking in "Magnolia" as a crooked game show host who's losing his mind, suffering from an onset of an Alzheimer's like disorder from years of hard living. His daughter says he molested her, but he can't remember doing it. Anderson specialized in broken characters and in Hall he had a guy who could project brokenness with the stuttering he perfected playing his apoplectic drunken Nixon, or with the simplicity of a syllable, his voice like the scotch he pounds in "Secret Honor," old and grim and middle shelf, a man who should have become more, a man who projects the air of a king, but has no kingdom to call home.

The Grapevine / Re: The Munsters (Rob Zombie)

I can't imagine that somebody with as much love for the original series as Rob Zombie can flub it. However it goez, I'll have fun watching it, I bet. 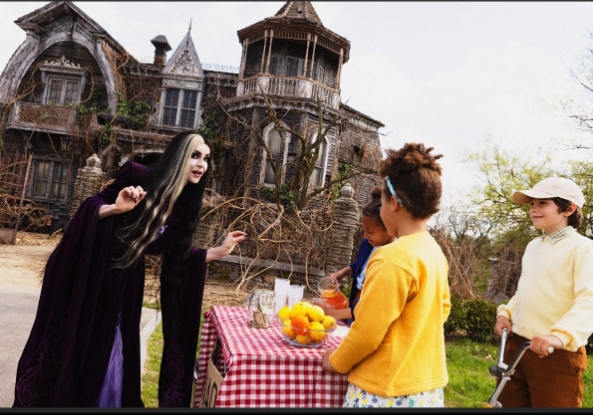